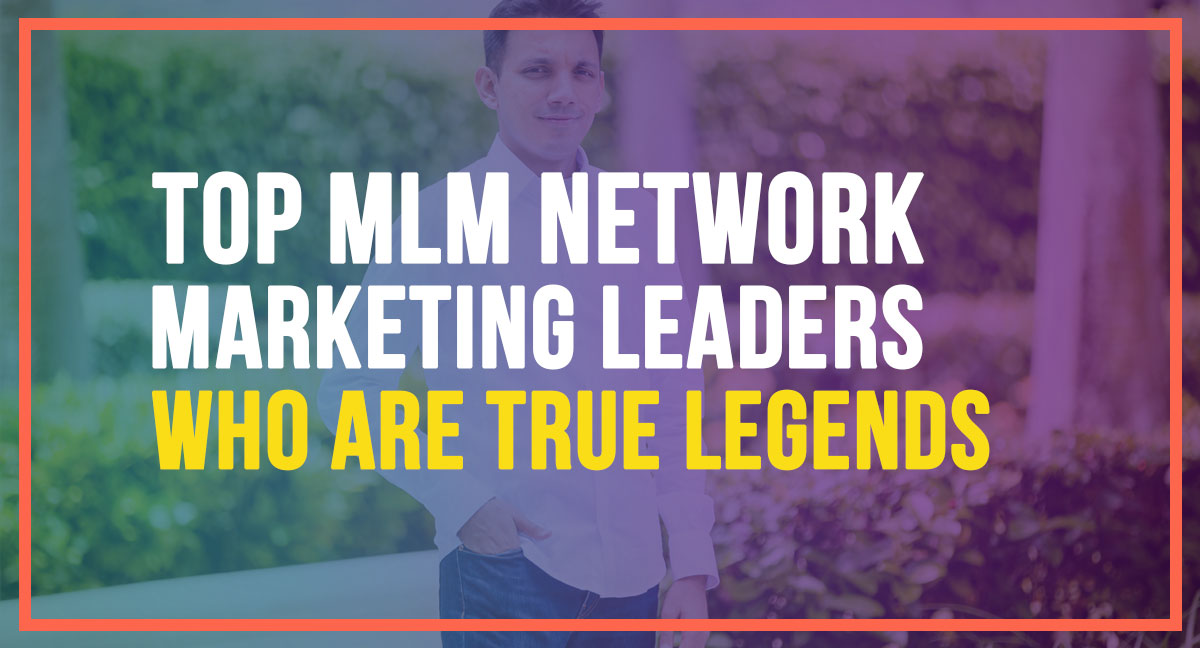 Being a Network Marketing MLM Leader is one thing, but to become a legend is something else all together. Here are some of the Top MLM Legends in the industry who have really created true leverage in their business.

Nathan Ricks is a renowned businessman, entrepreneur and motivational speaker whose companies and business ventures have significant impact in the U.S. and around the world. Nathan has earned more than $40 million dollars in commissions as a network marketing professional in the past 20 years. He has developed a worldwide sales organization called One Team Global that has in excess of 500,000 distributors in 43 countries and has held the position of a Team Elite Member of Nu Skin Enterprises, Inc. since 1989. He has been a Presidential Director of Big Planet, Inc., a technology portal and electronic commerce ISP since 1998. From 2000 to the present, he has also engaged in the business of Real Estate acquisition, development and management.

For more than 20 years, Randy Gage has been helping people transform self-limiting beliefs into self-fulfilling breakthroughs to achieve their dreams. He is one of the top trainers and preeminent experts in the network marketing industry. His Duplication Nation is the top selling training album in MLM, and his Escape the Rat Race is the #1 recruiting tool in the business. His resources have been translated into more than 15 languages and sold in the millions around the globe. Randy helped introduce network marketing in places like Slovenia, Croatia, Bulgaria and Macedonia. He’s been a company VP of Marketing, and served as a consultant to numerous companies, designing compensation plans, creating marketing materials and developing duplicable systems for them. Randy has conducted training for the finest companies in the industry, and spoken in more than 35 countries. Through his coaching programs and private consulting, Randy has helped the top income earners in numerous companies. But most importantly, Randy teaches from real-world experience, earning millions of dollars as a distributor.

Dan McCormick is a powerful speaker and motivator, educator for personal development, philanthropist, and highly respected expert in his field. The road to riches for Dan McCormick was, and is, paved with principles. A self-made millionaire at the age of twenty-two, just three years after he took his first step into the direct sales industry, Dan had discovered that helping other people reach their financial and personal goals is what propelled him forward towards his own. With an unbridled enthusiasm, he has built a business that has generated over a billion dollars in world wide sales. Now a twenty-seven year legend in direct sales, Dan McCormick lives with the mission to inspire individuals to align their lives with purpose, responsibility, vision, and principles of greatness. Having recently published a book that teaches how to become rich in all areas of life, Dan shares the principles of success that have withstood the test of time and have enabled him and his family to live a life filled with not only prosperity, but of lasting happiness.

As a dynamic entrepreneur for 29 years and network marketer for 19 years, Todd Smith has enjoyed extraordinary personal and professional success. For the past 19 years Smith has owned his own business, which has generated more than one billion dollars in sales and has paid him more than 22 million dollars in commissions. During this time he has also developed training manuals and CDs, teaching entrepreneurs how to achieve professional success and accomplish their personal goals. As an internationally recognized leader, he has conducted more than 1,000 training sessions and seminars for audiences all over the world. Todd’s greatest passion is in helping people from all walks of life enjoy greater personal and professional success. His long journey has taught him a great deal about what it really takes to succeed both at home and in the work place. He has committed to spending the balance of his life helping others through his teachings and charitable work.

Mark Yarnell is an accomplished author, orator, and international business leader with 22 years of applied network marketing experience. He has built a successful international distribution organization of more than 300,000 marketing representatives in 21 countries and is the co-founder of The Holy Grail of Network Marketing. Mark has delivered presentations and speeches throughout North America, Europe, and Asia and has authored and published several bestsellers. As a respected advocate of the network marketing industry, Mark is the first and only person from networking to serve as Contributing Editor to Success Magazine. He and Dr.Charles King of Harvard University created the first certification course in network marketing taught at the University of Illinois, Chicago and in Seoul, Korea since 1993. Mark has been honored and recognized internationally with numerous awards in the industry, including the American Dream Award, and was named the Greatest Networker in the World by Upline Magazine.

Originally from Thailand, Nat and Chanida Puranaputra are pros in the network marketing industry, spending most of their 20 years in the industry in the top leadership positions of their companies. Nat and Chanida helped the founder and CEO of the international MLM company Agel Enterprise pioneer the effort to build the Southeast Asia market. Within just 4 months of working at Agel, the Puranaputras became Agel’s 10th Diamond Directors, and they are now helping the Southeast Asia market become a powerhouse for Agel. As of now, they hit the rank of Triple Diamond and are currently the number one income earners, making more than $100,000 per month.

Lisa Grossman has made more than a million dollars as a network marketer. She used her past mistakes to learn valuable life lessons that got her to where she is today. One of these life lessons is something that Lisa lives by and teaches others: “If you get up, shower up, clean up, dress up, show up, and do the best work that you can every day for three years, you will not work for the rest of your life.”

John Haremza is a living example of how network marketing can change your life beyond your imagination. From high school, John got the best job he thought he could ever have – maintenance manager in a potato chip factory earning $18,000 a year. Living in a trailer park and struggling to support his young family, John’s life changed the day he attended a meeting on network marketing. With no background in business or sales, John has gone on to build a multi-million dollar network marketing career. From his home base in Fargo, ND, John has developed successful organizations that span the globe. He is now Waiora’s only Blue Diamond leader, has written an inspirational book, and is a dynamic and powerful speaker on how network marketing can change lives.

Niti Sawangsap is the world’s first quadruple diamond director for the international MLM company Agel Enterprise. Currently living in Bangkok, Thailand, Niti makes more than 4 million baht ($120,000) a month. His journey to Agel has covered 17 years, three major network marketing companies and one enduring goal – to find that “dream opportunity.” Niti also helped expand the Noni fruit juice company to over 15 countries worldwide. His recipe for success: dream big, learn the system, use the tools, edify others, and work hard.

Toronto native Dan Catto got his start in the network marketing industry in the spring of 1988. Starting with his first networking marketing business, Dan was able to earn monthly what he used to earn annually in his best years in the corporate world. While working for a company that marketed personal care and nutrition products, Dan developed a new group of more than 50,000 distributors in a little over 5 years. The founders of NHT Global then approached Dan with a unique business model that would be launched as a sister company to the one he was currently leading. For the past eight years, Dan has developed a team of over 700,000 distributors around the world. There are now more than 30 millionaires within the NHT Global group, plus nine that have gone over $100,000 a week in income. The opportunity put Dan into million dollar homes in two countries, but he says his greatest reward is the opportunity to give back and the countless lives that he has been able to help over his nearly 20 years in the industry. In the last 20 years, Dan has spoken to and trained over a million people in over 50 countries and has helped launch and develop markets throughout much of the world.

Randy Thompson is a million dollar a year earner from Avoca, Texas and has been in network marketing for 22 years.

After only seven years in the industry, Sherman Unkefer has earned over 10 million dollars in commission and is the top income earner in his company Xango. He is making $250,000 per month, earning seven figures a year, and was the first person to reach 500K Premier select, the top pin level in Xango. To reach this level of success, Sherman consistently works hard and networks, speaking at more than 200 meetings around the globe and traveling more than 320,000 miles every year.

Kenton Worthington is 34 years old and is a million dollar per year earner. He shares the story of how he has become a success in the network marketing profession over the last 14 years.

If there’s any other legends that I’ve missed out on, comment below!