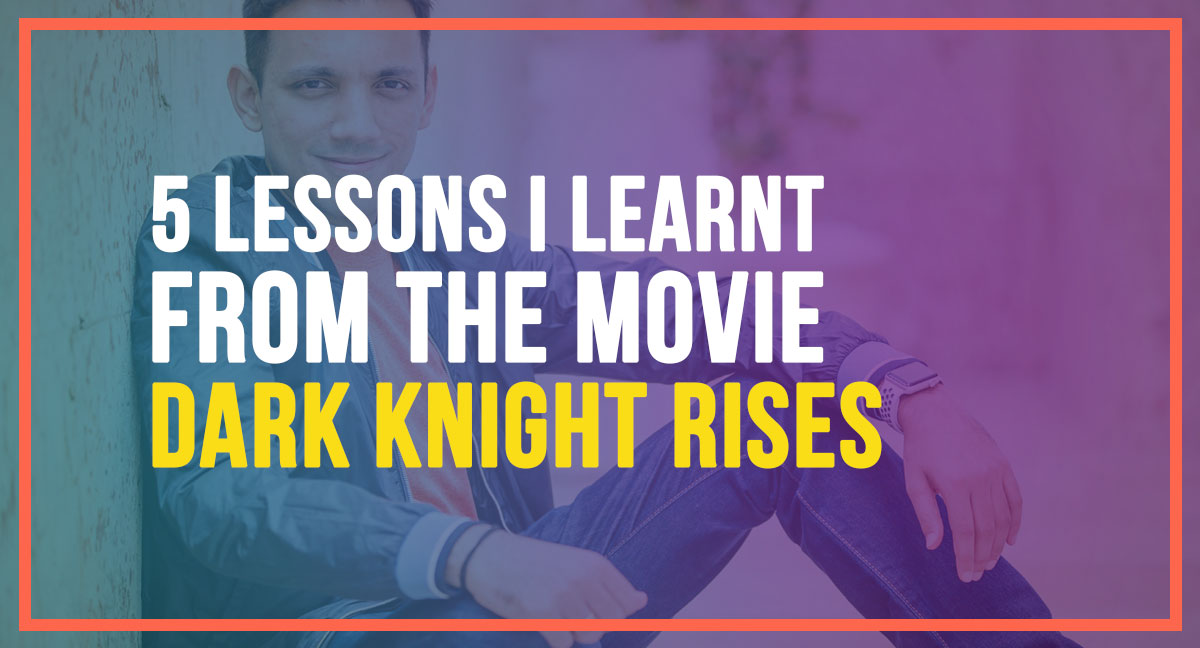 The recent Batman movie “The Dark Knight Rises” has been one of the best movies I’ve seen in a while, since Inception. Only later on I got to know that it was the same team, same director, same music director that had put this one together.

I’ve always been a Batman fan right from my childhood days, and after watching this movie twice – I had some interesting take aways in my personal and business life.

If you’ve not watched the movie yet.. go and watch it, and then you’ll understand my insights better. 🙂

Lesson 1: Everyone Needs A Push Sometime In Life

In the movie: After being in hiding for over seven years, Bruce Wayne decides to get back into his Bat suit and do what he’s best at (i.e. getting the bad guys).. Why?? He could sense that his purpose was higher than just sitting around in life and not doing anything. His push was from the bad guys.. Bane. He also gets a push from Officer Blake (Robin).

My realisation: Sometimes we tend to get complacent in life.. we feel like just living in our own shell, not utilising our true potential and talents. The greatest success stories have been those who have got such a hard push in life from someone… or some situation.. or some thing.. that they just run after their goals on super-thrust!

Here’s my push.. “You were born for a reason.. and if you don’t have the guts to pursue it.. you might as well not live”. There are tons of success stories today.. including the true story of  these two guys.

Lesson 2: Too much of love from a well-wisher could turn into poison

In the movie: Imagine if Bruce Wayne had listened to his butler Alfred in the beginning of the movie and settled for a normal family life..!! The outcome would have been simple.. Gotham would have got nuked.. including Bruce (his family) and Alfred. Bummer! 🙂

My realisation: The greatest successes in life have been an outcome of  taking (calculated) risks.  You may have a well-wishers (parents, friends, relatives, etc.). Some of them may even care so much for you that it could paralyse your decision making. A concept that I call “poison love” – just like what Afred tried to do with Bruce Wayne.

The key is in following your heart. If you know your talents, passions and capabilities.. just PURSUE IT!! Take a leap of faith.. for after all you were born to do this stuff!

There are thousands of people on the planet today who hate their jobs.. and are doing it just because they got a degree in that subject.. or have to run a family.

I respect guys like David Wood and David Sharpe who had the guts to start something on their own.

Lesson 3: Forgiveness & having a Higher Vision is synonymous with “True Love”

In the movie: Remember how many times Selina (Catwoman) back stabbed Bruce Wayne?? First, she stole his mother’s necklace.. next.. she traded his finger prints and crashed the Wayne stocks big time… then she stole his really expensive sports car at the charity ball.. after that, she lead Batman right into the hands of Bane and locked him in a situation where there was no escape..

She saw Bruce being battered by Bane.. later on in the end of the movie…she realizes her mistake and helps Bruce. The point here was that Bruce.. had the quality of forgiveness to the highest degree. After he got back from the Pit Prison, he never had a grudge on Selina.. rather he welcomed her to help him finish his larger mission of saving Gotham city.

My realisation: Love that is merely skin deep will not last long enough. Especially in a marriage… if the couple nurtures these two qualities, i.e. forgiveness and having a higher vision, that will be the test of true love.

It might sound out of my topic, but having been married for over 3 years now with the love of my life.. I have the experience to understand and say that, I’m in a happy marriage because we never take a fight or misunderstanding to the next day… and we always look at aligning our goals together.

Lesson 4: Those who rise to success.. pay the price 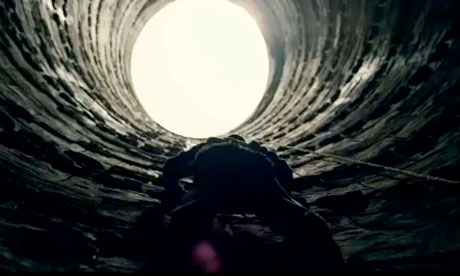 In the movie: One of my favorite scenes in the movie was when Bruce persevers and gets out of the Pit Prison.. He trains hard, fixes his broken back… and manages to escape to save Gotham city.

The secret to his escape was that.. he jumped without a rope. In other words.. “he burned the bridges” .. no turning back. Do or die.

My realisation: If you really want success in life.. you need to watch that scene a few times to take away 2 key points:

Lesson 5: Those to think beyond themselves.. Leave a Legacy!

In the movie: Remember the ending scene where Batman decides to personally take Nuke out to the ocean.. putting his own life at risk to save a million other lives.. now this is what you call taking personal responsibility. Batman flies out and the nuke blasts outside the city limits.. in the ocean and he saves the day.

My realisation: Study all those people who have left a legacy.. Mother Teresa, Princess Diana, Michael Jackson, Srila Prabhupada, and so many others..

Now these were my 5 key take aways from the movie.. which I hope to apply in my personal and business life.

Do you have any realisations?…